Mo Lan looks at the number 4 above her head in happiness.

Liu Yi hurries and pacifies her, “Are you really that happy to fight against me?”

“Wrong, fighting against you has no meaning.”

Mo Lan smiles widely at Liu Yi and says, “It is beating you then I’ll be happy!”

Even if the other person is a female, Liu Yi is unable to take it as he shows his middle finger.

Mo Lan actually asks very seriously, “Talking about this do you have any techniques for receiving a beating?”

“Really did not think that we actually think alike in some places.”

Mo Lan happily says, “How about this, after I enter the finals you cheer for me. After that, I’ll go mention to my father and let you be my World Manor’s son-in-law?”

Liu Yi got a shock as he looks at Mo Lan in disbelieve, “You this…is considered as a confession?”

“Hmph, you are thinking too much!”

Mo Lan’s face turns red from Liu Yi’s staring before calming herself down and says, “To me, marriage is nothing but an accessory that’s all! After you have become my husband what you like to do, I do not care. But you are not allowed to snatch the right of inheritance of World Manor! Hmph, I want to allow World Manor to rise once again and become the number 1 sect of the world!”

Good fellow this girl actually is an uncompromising woman!

But there is no need to take me as a sacrificial obtain right? I would not be a puppet husband!

“I’d rather not want it. You, go and find someone else!”

“Is your mental state abnormal?”

Mo Lan looks at Liu Yi in shock, “You actually rejected me! Do you know how many people want to marry in and be the son-in-law of my World Manor? I give you this chance but you actually do not treasure it?!”

“Come on! Who would want to be a puppet husband! Still needs to marry in to be son-in-law!”

Liu Yi sneers, “It is not like I cannot find a girlfriend. Furthermore I, Liu YI have a father and mother! How can I go and marry in to be son-in-law?! If my father knew wouldn’t he beat me to death!”

“What? If that is the case then your father should be a supreme expert!”

Mo Lan nods her head thoughtfully, “Can I go and challenge him?”

Liu Yi got a huge shock! Mo Lan finding my father to challenge him? That be very bad! A hundred of my fathers is not enough to fight against a single Mo Lan ah!

“He is actually a mortal! Such a pity then…I’ll just beat you then…”

While Liu Yi and Mo Lan are quarreling, Gu Yu and Gao Feng on the stage are fighting heatedly.

Since Liu Yi and Mo Lan are in a group then naturally the other two have drawn each other as well.

“Really did not think that we would meet each other before top 4.”

Gao Feng has a mocking smile as he uses his sword qi to attack Gu Yu while mocking, “Looks like Liu Yi got off easy.”

“I advise you to not look down on Liu Yi.”

“Being able to enter top 4 who could be a weakling?”

“Hmph, in my eyes all of you are weaklings.”

Gao Feng arrogantly says, “This year’s World Dao Gathering, the number 1 will be me, Gao Feng. You all shall be my stepping stone.”

“Too arrogant. I admit that your strength is stronger than back then but don’t look down on my Immortal Snow Peak.”

Numerous ice crystals are drawn out by her and form a large formation in the air!

Ice qi exploded out from the formation covering the heaven and earth as it charges towards Gao Feng.

Everything that it passes through, it will all be frozen.

“Gu Yu back then although I lost to you by just one move but back then our generation of disciples were still not grown up yet.”

Gao Feng did not retreat as he lets out a sharp sword qi from his hand which cuts the qi wave in front of him into two.

“But your growth is too slow. The current me can only be admired by you!”

He raises his right palm towards the sky.

Instantly a sword qi tornado exploded out under Gu Yu and starts tearing her apart!

Although she hurriedly activates her defensive techniques, Gu Yu’s clothing is torn in quite a few places and in a blink of an eye, she appears very haggard.

Unexpectedly other than a fairy-like appearance, she also has such a pair of beautiful legs…

It seems like she has also sensed a lot of fiery gazes causing Gu Yu to be slightly unease. A storage ring on her right-hand twitches slightly as a while long skirt replaces her torn one causing the surrounding people to regret.

“Do you see this, this is the difference between our strength.”

Gao Feng laughs, “Gu Yu this year I shall pay you back a hundred times the shame that you have caused me to experience back then!”

His figure suddenly turns into a ray of sword light that shoots towards Gu Yu!

Transforming the body into a sword!

It is this technique again!

Gu Yu got a huge shock as she quickly starts forming seals!

The ice walls seem to be like tofu in front of Gao Feng and are pierced through.

Liu Yi is so frightened that he starts sweating, this bullshit Gao Feng is too ruthless already! Wouldn’t Gu Yu be chopped to death?!

But what makes Liu Yi happy is that Gu Yu’s body has turned into ice and scatters.

So it is only a substitute body…Gu Yu indeed has some moves.

“You have actually turned so powerful…”

Just now the ice substitute body used up too much qi, it cannot be used casually.

When did this Gao Feng turn so ruthless…looks like when he said world number 1 he is not joking around.

Looks like I can only take out that technique…what a regret. I was originally planning to leave it for the final match to use…

“Looks like this year Immortal Snow Peak has no chance to get into the finals.”

Zhang Boyue only clucks as he strokes his beard and does not look worried, “It is still hard to say now, haha…”

“It is not like I can manage the matters of your Concealed Sword Pavilion.”

Zhang Boyue has always been slow-tempered. He strokes his beard as he says, “But before the last moment, victory is hard to predict, hahaha…”

“What is your age and you still like to keep people on tenterhooks!”

Her strength at most is only close to 12-star cultivator…how is she able to deal with Gao Feng?

Gu Yu suddenly stands up and ask, “Gao Feng do you know why that 50 years ago my strength was 11-star, while after 50 years my strength is still at 11-stars?”

When Liu Yi hears this he is speechless, looks like Gu Yu’s age is not young ah…cultivators are too long-lived…

“Because your aptitude is mediocre.”

Sword Qi starts coiling around Gao Feng again as he sneers, “No one can be like me, possessing such scary talents. I am going to be the person who shall become number 1!”

“I have never promised you that.”

Gu Yu smiles, “But I still need to tell you why for 50 years my strength has never breakthrough at all. Because my master has to use a unique technique to suppress my strength. It is a type of high concentration compression seal. The time limit is 50 years and within this 50 years due to being suppressed by this seal, my strength has grown at 10 times the speed. At this moment I can finally open the seal.”

“What rubbish are you saying, how is there this kind of technique.”

Gao Feng sneers, “What seal are you buffing about. Do you think that you are able to frighten me?”

“I Gao Feng am not afraid…”

“Then you quietly watch me.”

As Gu Yu speaks she places both her hands in front of her chest.

Instantly a volleyball size round formation emerges from her chest.

As Gu Yu speaks, her hands pointed towards the sky.

Instantly an enormous ice sky appears in the sky aiming towards the formation in front of Gu Yu’s chest.

An enormous force is released from the formation in front of her chest.

Gao Feng also sensed the impressiveness of the force and starts frowning.

He is not willing to wait anymore as he immediately transforms his body into a sword and shoots towards Gu Yu once again.

Just as he enters the 3-meter radius of Gu Yu, a fierce snowstorm instantly starts battering him!

Even if his body is covered with the sharp sword qi, it is actually unable to split apart the snow storm! Gao Feng is covered with he is forced to land on a stage by the side.

Gu Yu is still standing there as her long hair flutters in the sky like an immortal fairy, her beauty unsullied by any trace of mundane dirt!

White snowflakes surround Gu Yu as they dance around her like spirits.

After which the sky of the entire World Manor starts to snow. Gu Yu’s magic power has directly caused changes to the weather here.

“There is actually this kind of technique…”

The ice key finally stabs into the formation! An ice storm start revolving around Gu Yu! 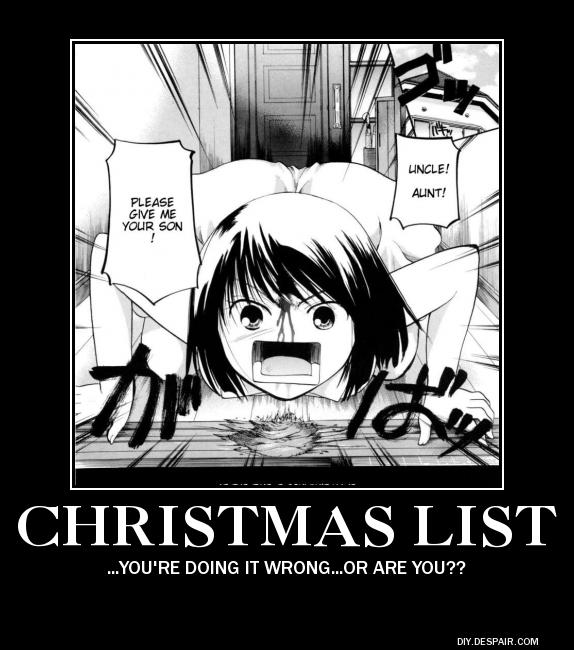 This site uses Akismet to reduce spam. Learn how your comment data is processed.

Link to my Discord group is below. feel free to join and chat or comment on my translation https://discord.gg/bkqdah8